Specializing in the health of women and children.

The three most abundant ingredients in breast milk are fat, lactose, and human milk oligosaccharides (or HMOs). The fat and lactose provide calories to nourish the baby’s growing brain and body, but HMOs are not digestible by humans. That’s correct; one of the main ingredients in human milk can’t be digested by her baby. Why would mother’s milk be so replete in something that her baby can’t even digest? Because HMOs aren’t for feeding the baby, they’re for feeding the baby’s growing community of gut microbes.

Infants are born with no bacteria in their gut. The womb is, for the most part, a sterile environment. But once the infant leaves this bacteria-free incubator there is a land rush by microbes to colonize this fresh landscape. The first several months of a baby’s life are a chaotic time in the gut. Particular species of bacteria will suddenly bloom in abundance and then, for unknown reasons, subsequently crash. So far attempts by scientists to uncover a set of guiding principles, a road map, to describe how the infant microbiota develops has been futile. To our eyes the microbiota seems to form almost randomly and is individual for each child. This seemingly disorganized assembly process may reflect our poor understanding of the complex interactions that occur among different bacteria as they try to create a stable ecosystem from scratch. But this apparent randomness does not mean that nature has left this process completely to chance. There is a guiding force ensuring that an infant forms a robust and stable gut microbiota. This force is breast milk and specifically the HMOs that feed this developing community.

The infant’s microbiota, with its collection of 25 million genes (our human genome only contains about 20,000 genes) has the capacity to digest the complex chemical structures found in HMOs and extract energy from them. It appears that by no accident of nature, the bacteria that are the best nourished by HMOs, such as the Bifidobacteria, also seem to be those most likely found in the guts of healthy babies. But HMOs do more than just feed beneficial bacteria the baby needs while nursing, they also help to seed another type of beneficial bacteria, the Bacteroides. This group of bacteria has an amazing capacity to thrive off of plant material. By giving the Bacteroides an early advantage, HMOs prepare the baby for life on solid food. In many ways, HMOs serve as a conductor, orchestrating the major transition in microbiota development that occurs with the introduction of solid food. 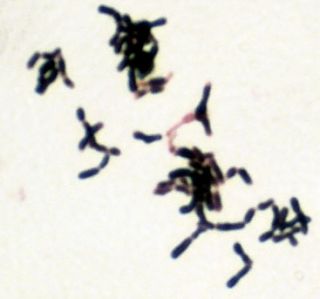 So far formula companies have not been able to reproduce the complex chemical structures found in HMOs. HMOs can only be found in human breast milk. Infants fed formula have a different microbiota composition than breast-fed infants, likely a reflection of the lack of HMOs in formula. Many formula manufacturers are working hard to try to compensate for their product’s deficiency in terms of microbiota food. But the fact remains that formula is the product of about 50 years of research, whereas human milk, is the result of thousands of years of human evolution. This time has allowed the optimization of human milk for both the health of the child and their developing microbial community.

Mothers work hard to guide their children in making wise choices to succeed in a world where so many events are out of her control. HMOs illustrate, on a molecular level, how a mother guides yet another process in her child’s life, one that is impacted by external forces—microbiota assembly. So the next time a breast-feeding mom says she’s tired, remember she is not only providing for her baby, she is also whipping up dinner for about 100 trillion bacteria. And in the form of a diaper change, she has to clean up after these dinner guests as well!

The pursuit of educating and empowering women to make the choices that put themselves and their children's health above all else.
Learn More